An advisory council appointed by the Liberal government is recommending the establishment of a universal, single-payer public pharmacare system.

The council’s 171-page report, released Wednesday, calls for the creation of a new drug agency that would draft a national list of prescription medicines that would be covered by the taxpayer, beginning with an initial list of common and essential drugs, by Jan. 1, 2022.

The council recommends that initial list be expanded to a comprehensive plan by Jan. 2, 2027. When fully implemented, the total cost would be $15 billion a year.

Dr. Eric Hoskins, a former Ontario health minister and chair of the advisory council, acknowledged there are “significant incremental costs” to building pharmacare, but he noted that those costs are already being picked up by Canadians.

The council proposes a $2 co-payment for common drugs and $5 for less common ones. The fee would be waived for Canadians on social assistance or with low incomes.

The council spent the last year studying various pharmacare models and hearing from more than 32,000 Canadians and organizations sharing their views online and through letters, written submissions and meetings across the country.

Hoskins said it’s time to show “courage and boldness” and to do “some nation building” on a project that would benefit Canadians in “unimaginable ways.”

“This is our generation’s national project: better access to the medicines we need, improved health outcomes and a fairer and more sustainable prescription medicine system,” he said. 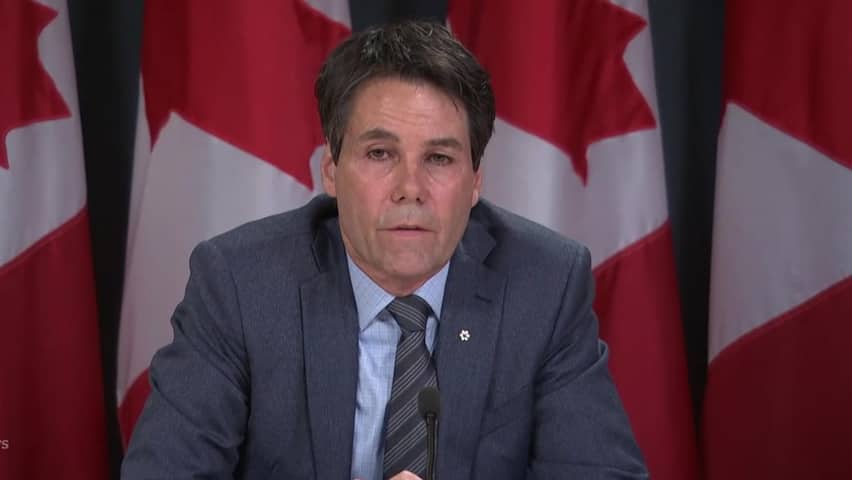 Dr. Eric Hoskins, the Chair of the Advisory Council on the Implementation of National Pharmacare, says the costs of a universal pharmacare system are sustainable. 0:40

“Let’s complete the unfinished business of universal health care. That can be our promise and our legacy to each other and to all future generations.”

Once fully implemented, the report predicts the amount spent on prescription drugs in Canada would drop by roughly $5 billion a year. 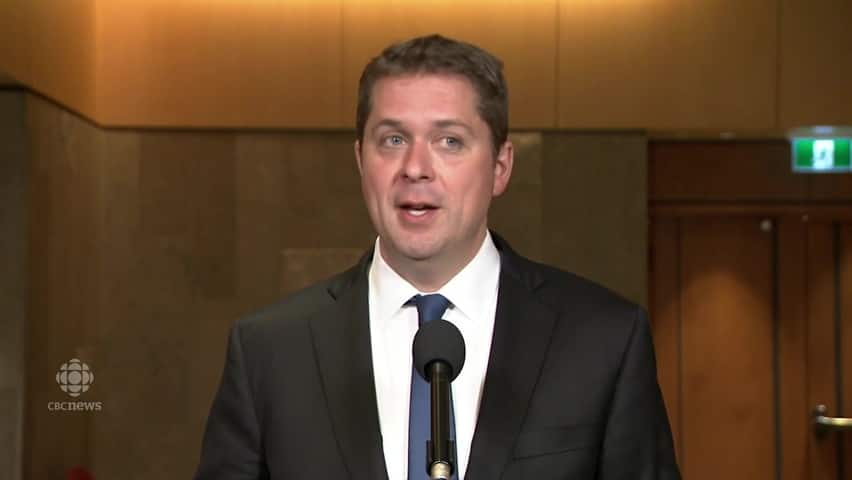 Conservative leader Andrew Scheer says he does not trust the Liberals to implement a new universal pharmacare plan proposed by a government advisory council. 0:45

“I don’t believe anybody thinks that when Liberals announce multi-billion dollar spending programs that they’re going to save money,” he said. “The fact of the matter is, they’ve been making this promise since 1997 and in the dying days of a scandal-plagued government, they’re trying to bring this forward.”

He said a Conservative government would take steps to lower drug prices and improve access for those who can’t afford it, addressing “gaps” in the system.

In March, the council’s interim report recommended the creation of a new national arm’s-length agency to manage prescription medications by negotiating prices and creating a formulary of approved, covered drugs.

It’s not clear what shape a proposed national pharmacare program might take under the Liberals.

Health Minister Ginette Petitpas Taylor said the government will carefully review the report and its recommendations, and looks forward to working with the provinces and territories and other stakeholders as it considers “next steps.”

“Our government remains committed to implementing national pharmacare in a manner that is affordable for Canadians and their families, employers, and governments,” she said in a statement.

“We know that our existing patchwork of drug coverage is not working well, leading to poorer health for some and higher costs for us all. We have to do better. Canadians should never have to choose between paying for prescription drugs and putting food on the table.” 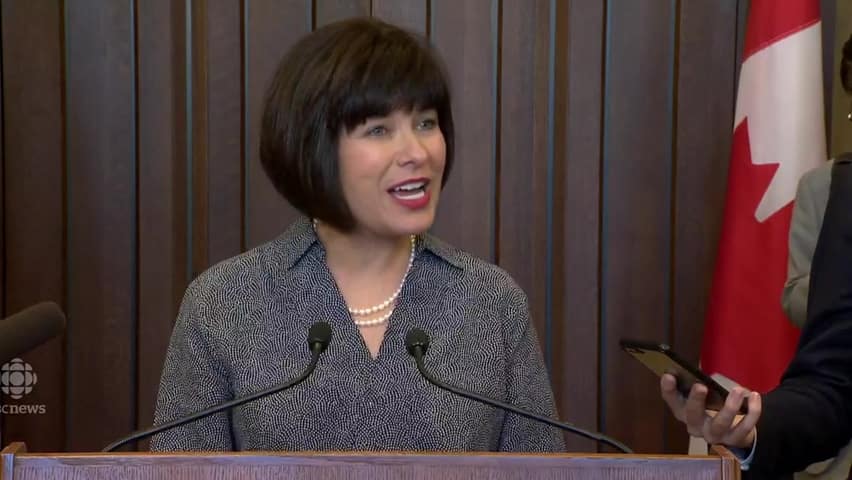 Health Minister Ginette Petitpas-Taylor says that more information on implementing a national pharmacare program will be coming in their election platform. 1:49

Answering reporters’ questions Wednesday, Petipas Taylor said there will be more details in the Liberal election campaign platform, but suggested it might not “all happen at once.” She noted that medicare itself began with a few provinces more than 50 years ago.

“We don’t expect provinces to foot the bill here. If we want to put in place a national pharmacare plan, then the federal government has to play a leadership role, but we have to make sure we have all provinces and territories at the table,” she said.

Speaking at the Economic Club of Canada in Ottawa after the budget was released, Morneau said there’s a large number of Canadians, including those who are self-employed, who don’t have drug coverage. Some parts of the system are working well, but others are not, he said.

Morneau wants to deal with ‘gaps’

“We need a strategy to deal with the fact not everyone has access, and we need to do it in a way that’s responsible, that deals with the gaps, but doesn’t throw out the system that we currently have.”

The NDP has said that if it wins the October federal election, it will bring in a universal and comprehensive national pharmacare program in 2020.

NDP Leader Jagmeet Singh said his plan would cover every Canadian and save families an average of $500 a year. It would also save $4.2 billion a year through lower drug costs, he said.

The Parliamentary Budget Officer released a report in 2017 forecasting a similar savings estimate.

Singh said Wednesday that the advisory council came to the same conclusion as every other expert panel in past — that prescription drug coverage should be integrated into the public health care system.

“Now, will the Liberals continue to stand with big pharma and the insurance lobby, or will they stand with Canadians and the NDP to finally implement a promise they abandoned over 20 years ago?” he asked.

Canadian Chamber of Commerce chief economist Trevin Stratton said Canadians want governments to provide coverage to people who are underinsured or uninsured, and really need it.

“Canadian employers urge the government to carefully reflect on the millions of Canadians who would lose access to medications they have under their current plans and consider the impact of a single-payer system on federal finances,” he said in a statement.

“With this report, the advisory council has sidestepped its responsibility to find an affordable way for governments to raise the revenue needed to fund the $15 billion annual cost of its proposed approach.”

Stratton rejected the report’s prediction that businesses would save $750 per employee each year, and said a single-payer plan likely would result in higher deficits and taxes.

Get analysis from our Parliamentary bureau as we count down to the federal election. Delivered to your inbox every Sunday evening – then daily during the campaign. Sign up here.

With files from the CBC’s Nicole Ireland