Time is right to go electric 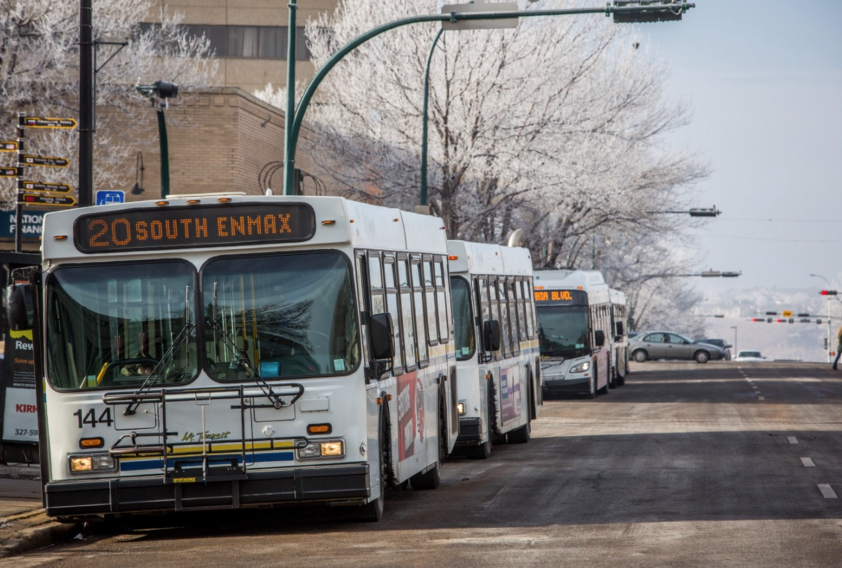 Council was presented with the request by Lethbridge Transit, which cited Green Trip Grant Funding ending for the city’s diesel fleet in 2020 as a reason to consider the purchase of the electric vehicles now. If the City wants to receive grants for the purchase of new buses though the Alberta Community Transit Fund (ACTF), council was told by transit operations manager Scott Grieco, this would be the right time to consider electric buses.
“Any time there is grant funding dollars available,” said Grieco, “it’s important we make a submission for those funds. The opportunity for electric is definitely a concept which was new to us until we started doing some research. And then when the government announced that there was going to be funding coming out for electric, and diesel buses were not going to be applicable (for those funds), it was really to do some research into what other alternative fuels were out there. And electric is the way of the future.”
The City of Lethbridge is already eligible for $13.1 million in funding for the electric buses through the Investing in Canada Infrastructure Program (ICIP), but city staff felt the ACTF funding would be a better place to look for the $800,000 per vehicle asking price. The vehicles would be about $200,000 over the current asking price for diesel powered buses, council was told by Grieco, but would save the City about $31,000 per year in operating costs.
“Surprisingly it is $0.56 per kilometre cheaper in maintenance and fuel costs,” he said, “and so when you take a look at our average mileage that’s about $31,000 per year in savings in fuel, and with all that you get the other fringe benefits in terms of they are environmentally friendly, and they are environmentally sustainable.”
Grieco did state to council, however, there are additional costs to operating the vehicles which he would be asking for. About $1 million in infrastructure investment to create a solar array to store power for the vehicles when they needed to recharge so as not to push up the City’s power consumption up at an accelerated rate. The new vehicles would take about three hours to recharge and have between seven and 10 hours of road time, depending on the conditions. Grieco said this recharging infrastructure would be paid for as, hopefully, part of the ACTF grant funding the City would pursue when it made its application.
Council agreed to allow city staff to pursue available grant funding for the purchase of seven buses. If those pursuits failed, council reserved the right to pull its support for the purchase if the electric vehicles, or to possibly pursue a lower number to add to the Lethbridge Transit fleet.
Grieco was pleased with council’s support, and felt the new electric buses would be able to do the same services, and maintain the same rate of performance, as the City’s 43 existing diesel bus fleet if purchased.
“We have no concerns at all,” Grieco told reporters after council made its decision. “We had the opportunity to take one of these buses around St. Albert. We went up Boudreau (Road), which is a very steep hill, and it makes it up there with no problems at all.”
“I think this is the direction we need to go,” said Coun. Jeff Carlson, voicing his total support for the initiative and its environmental benefits to his fellow councillors. “I am pleased there is funding out there we can apply for and access. That gives me a lot of pleasure. But even in the face of not having this funding available, I think this is the way every community and city across Canada, and across the world, needs to start heading.”
Follow @TimKalHerald on Twitter